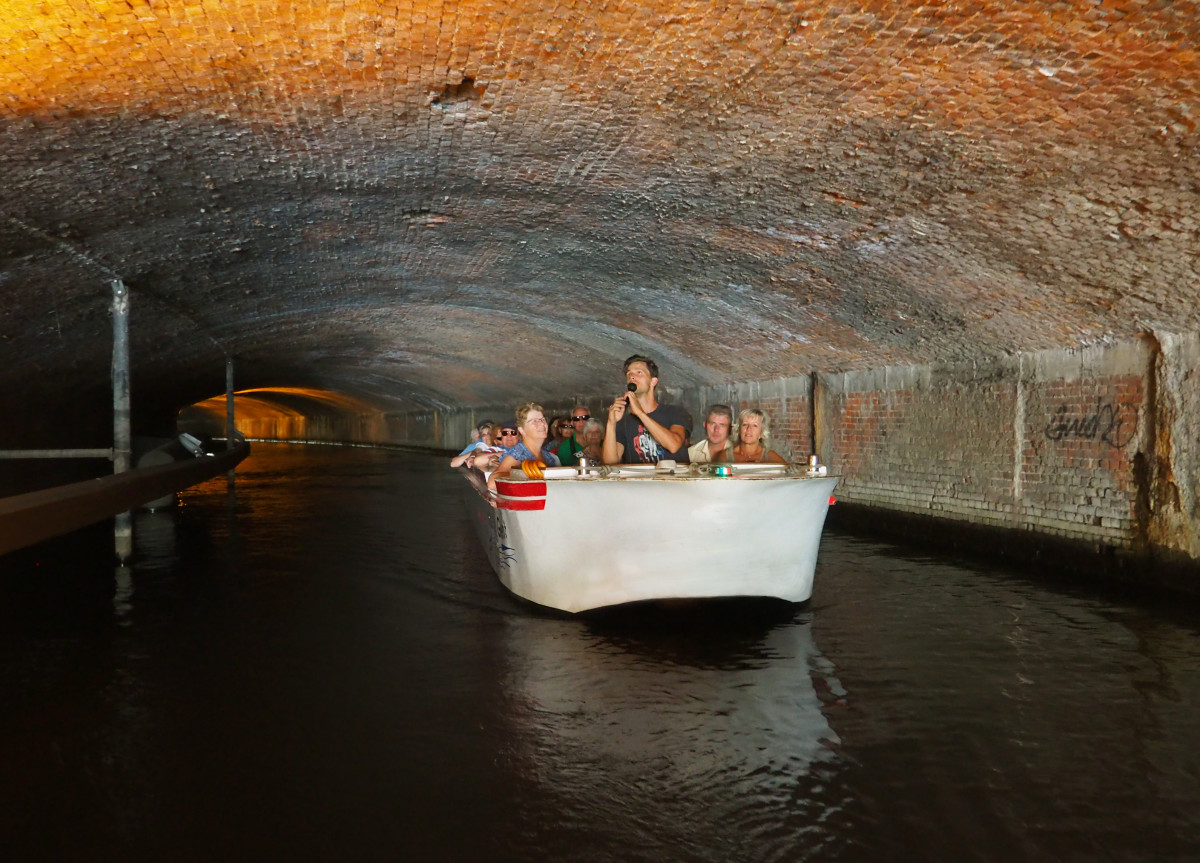 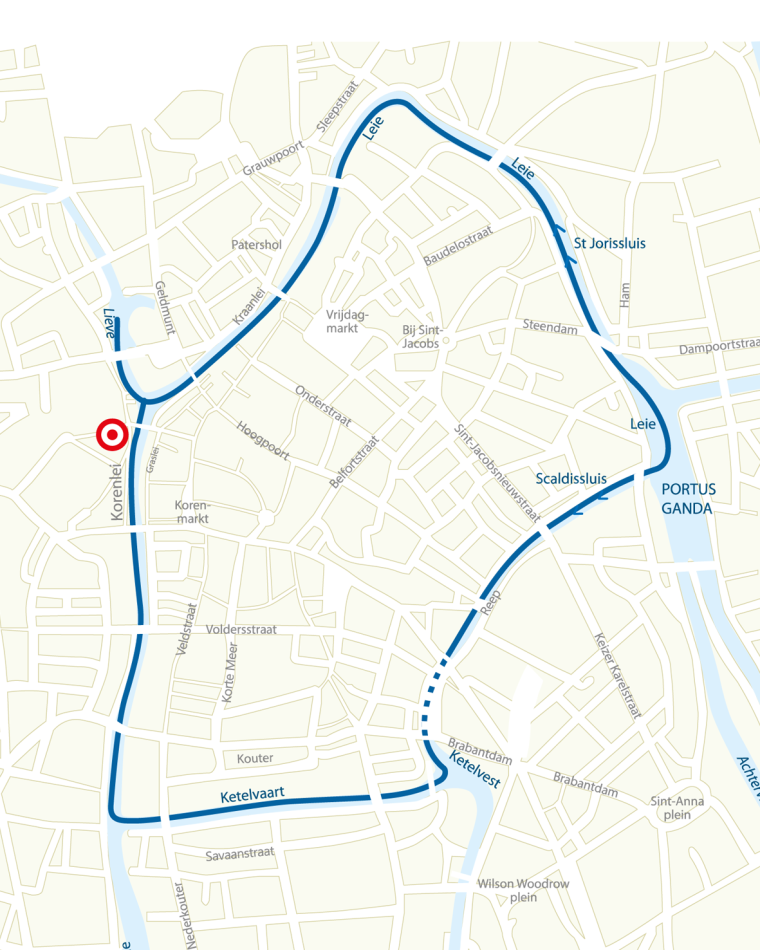 Ghent became an island again: the circle is completed! You sail around the city centre, guided either live or by audio-guide.
And as a bonus surprise: you pass through a water lock! Even better: two water locks. We descend through the Scaldis water lock and ascend through the Saint George lock.