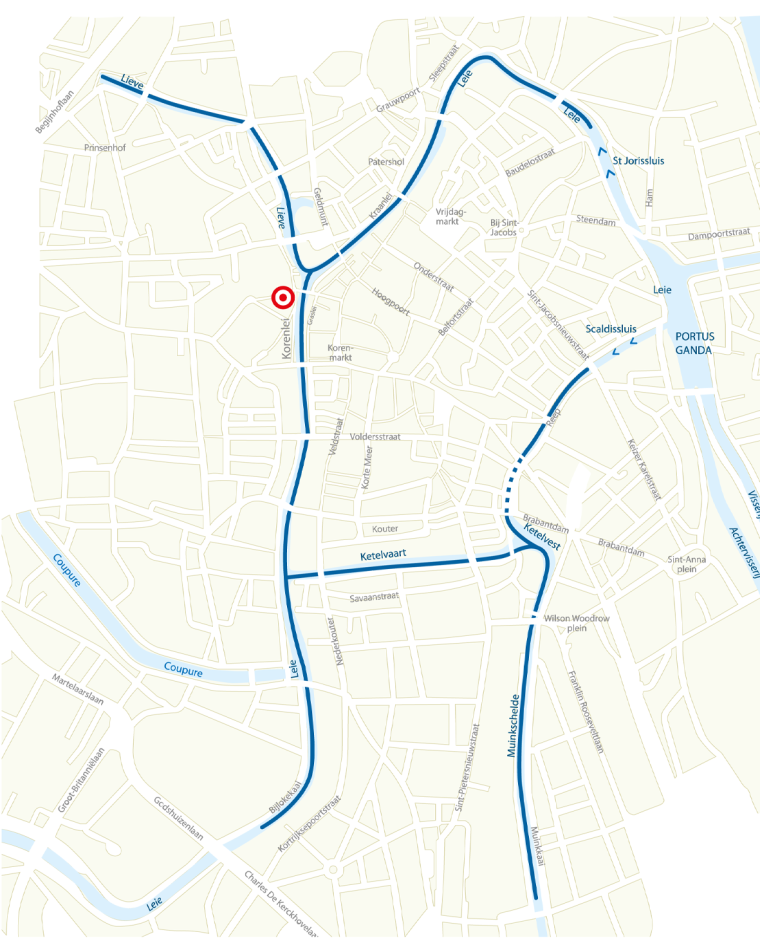 You sail on 4 waterways: Leie, Schelde, Lieve and Ketelvaart.